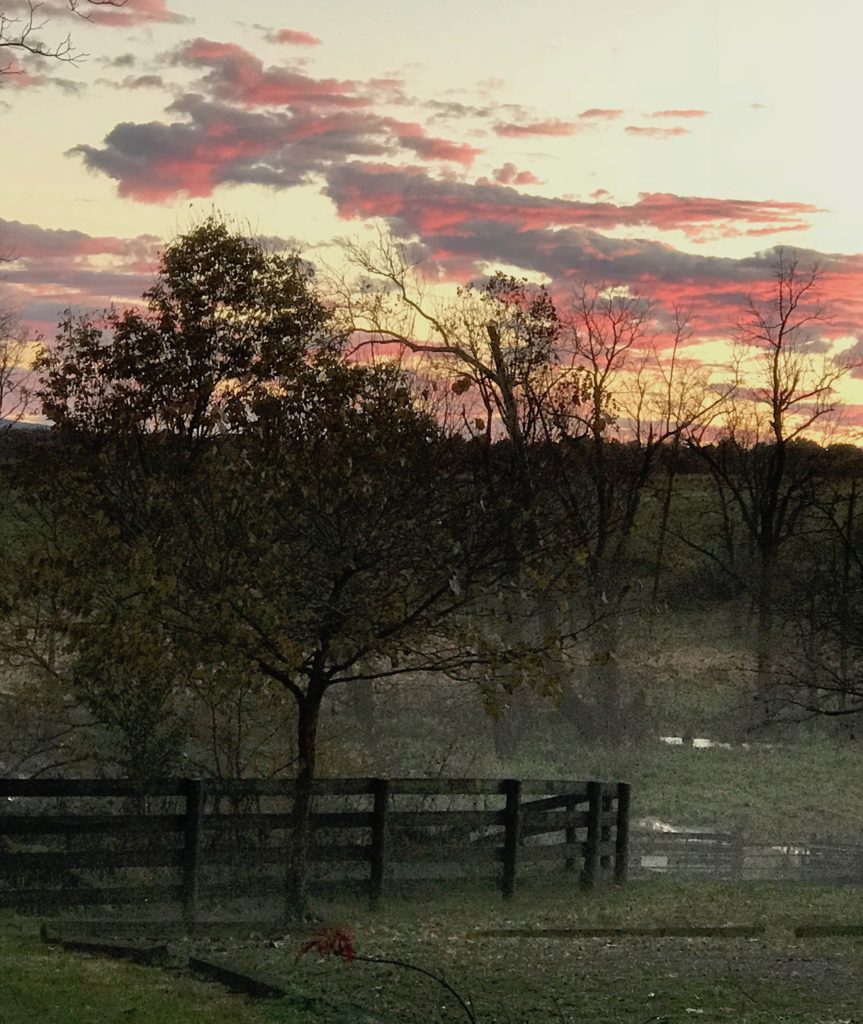 Not far from the farm is a monastery of Cistercians
Where, as a seventh grader,
I attended a series of Civil War lectures
Curated by Brother James,
A white monk gray in my memory.

Coarse cotton-smocked, he lead us up
A narrow staircase smelling of
Stone and lichen and spiders and shadows,
Into archived ecumenica where, surprising the senses,
Blue burst through the beveled windows,

Illuminating. Forgive me, father, for I have
Forgotten everything, save the unforgettable;
Scores of shelves with thousands of books,
Spines bearing heavy titles, like the graves
Of seven hundred soldiers buried just beyond;

Yet, more fascinating to me than the bones of dead teenagers,
Men drowning one another in the waist-deep Shenandoah,
Guerrillas exacting flaming sabotage, explosions, mayhem,
Were these profoundly anonymous books. Fixated,
I reasoned a day must arrive in adulthood when

All books are read. The sheer volume—
There was a physical obligation. I felt it.
The monk spoke, but behind him, silence.
I plunged past hypothesis and thesis, headlong into law.
Junior high and monasteries are good places for laws!

The loss, then, more impactful when
In college, from a distance, I witnessed professor
Thomas Disch stumbling sun-blind down the steps
Of Tucker Hall, the English Department,
Bewildered beneath the bowered beech,

This bear-man, broader and taller than I’ll ever be,
Who seized my shoulder and, epistemologically-stunned,
Pressed as though I could bear his weight, confessed,
“Do you realize, with all the books already written
Good books, worthy books, books we wish we could read,

Not counting all the ones we don’t care about,
Not counting what’s to come,
Right now—right now!—there are too many great ones
Than we could ever read in a lifetime?”
Saying this, his eyes appeared to clear,

And I sensed he saw me for the first time.
The great paw of heft that had been driving me
Straight through the pavers and into some Colonial
Science fiction lifted, and he blinked twice, and departed.
When was this time? What was this moment?

Why, a lifetime later, stopped at a railroad crossing along
Some distant back country road, the clattering cargo of
Thousands of tons passing before us, do we think of
Anna Karenina five thousand miles and a century removed,
Consumed one hot July week in high school, but we can’t recall the plot lines?

Why does this great volume forever move through us,
Grayscaled from the wash of memory,
And climbing the steps to bed one evening,
Just before sleep, we suffer the unraveling tragedy of
Not having read it all, remembered it all, felt it all? 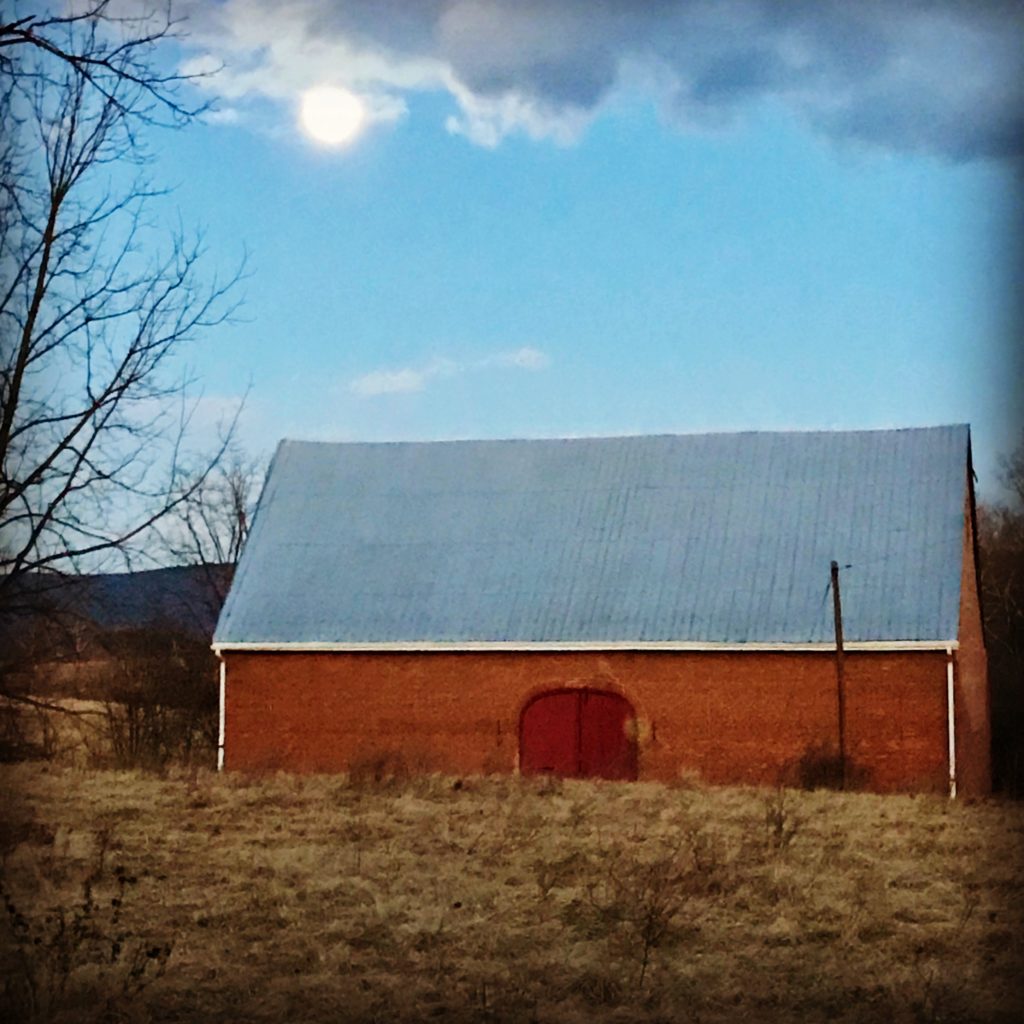 Spring is never as we remember it:
Too soon, too hot, too dry, too cold —
Forgetting that the earth wobbles,
What sort of spring do we seek?

And into pre-Algebra,
Two fifteen in the afternoon;
Then, when the arrival of spring meant
One day beneath the cold flat stone

The salamanders weren’t there,
But the next, beautifully, they were. 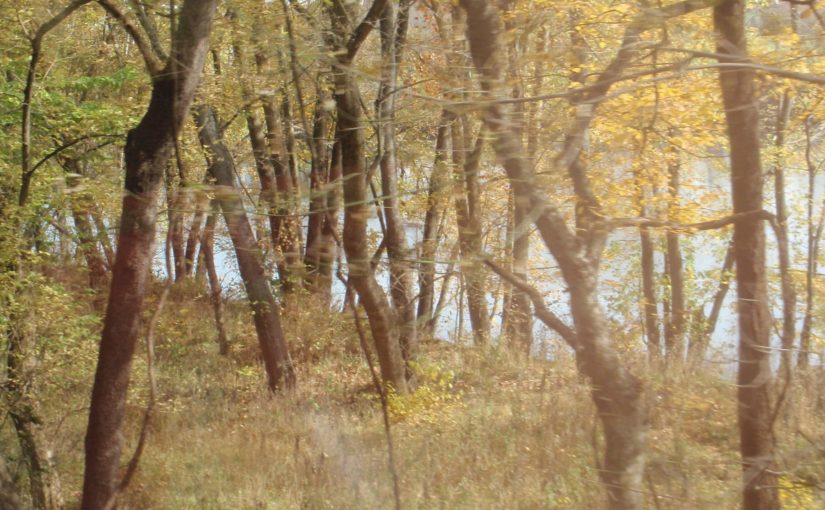 The four year old, I am told,
Has been playing Farmer Forrest—
And Farmer Forrest is always in trouble.
Look! The cow is in the road.
Look! The pig is in the pasture.
Plastic figurines are hastily assembled,
The Fisher Price Farm Patrol scrambled
To the henhouse,
The meadow,
The roof of the barn, where,
Look!
In search of a perch,
The goat is on the weathervane,
In desperate need of assistants.

Or coffee, or waking,
Or sleep for that matter.
Still, a plastic figurine,
With a plastic straw hat,
Painted-on overalls,
Is plunked on a pinkie
And conjured to life
With troubles of its own.
Problems are problems, after all.
Many miles away,
At the caffeine shop in town,
The mother asks her daughter,
“What does the cow say?”
“Moo!”

“Good! And what does the hen say?”
“Cluck!”
“Yes! And what does the piggy say?”
“Oink, oink, oink!”
So energetic; so willing!
Yet this list will run on,
Run out, before anyone will ever ask,
“What does the farmer say?”
Because none of us know;
None of us knows to ask—
Discarded on the floor,
Surrounded by enormous chickens,
Diminutive cattle,
A flock of proportionate lambs at scale, 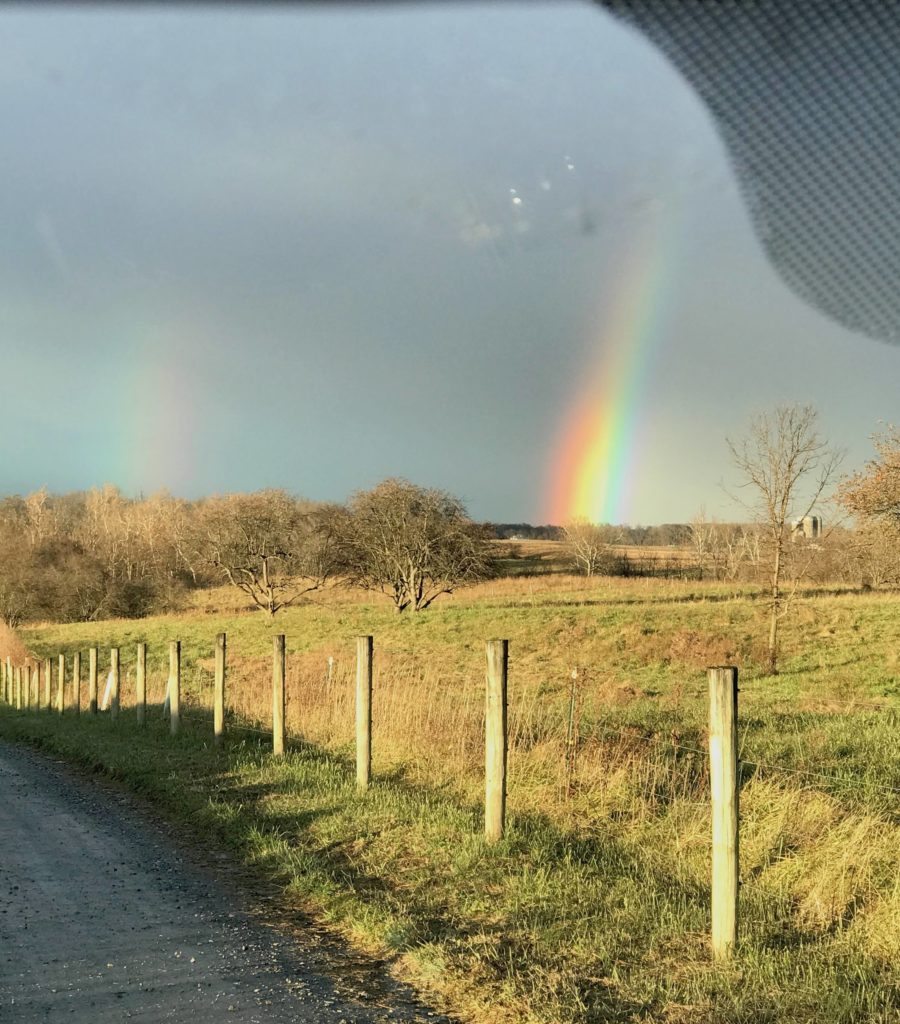 So certain, this world
Filled with experts:
Instant analysis
When no one knows for sure why we sleep!

In the pasture,
Parted by tire gouges,
The soil sets about repairing itself,
Twin sutures healing while no one looks.

So sure! Doctors and lawyers and such–
Yet from the stone stable I see the boy,
Dead one hundred fifty years,
Watching for Confederate soldiers.

The sea washes over the sea;
The wind starts where?
No Icarus, these birds,
Who survey their winging breadth of sky.